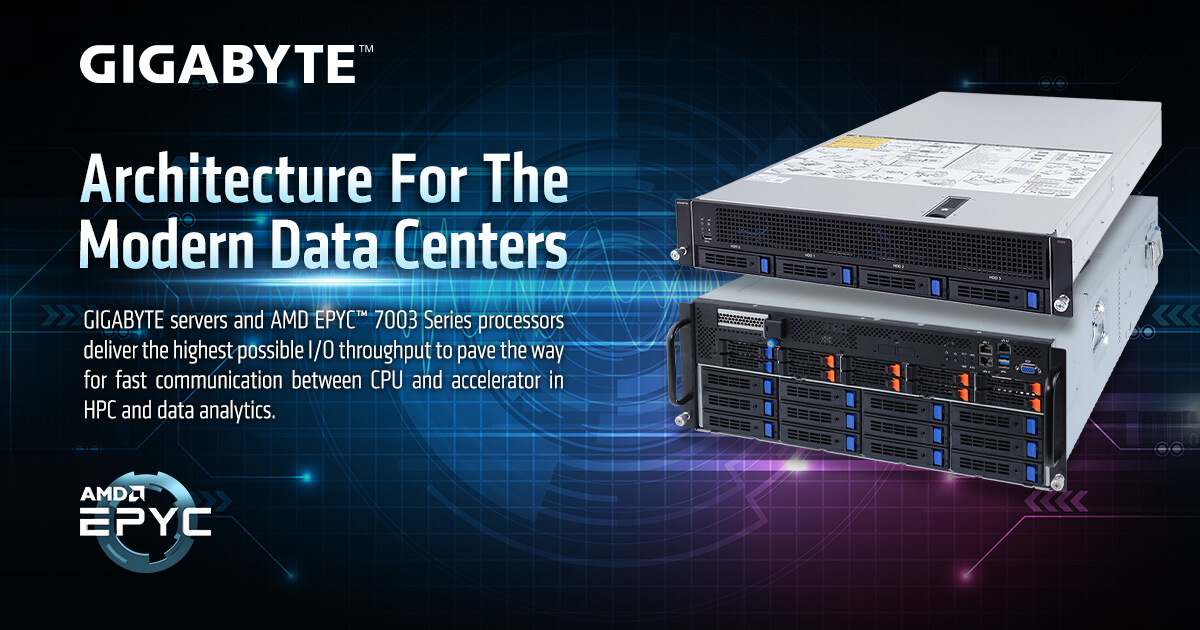 1st Wave of Servers
GIGABYTE servers have been tested and are ready for AMD EPYC 7003 Series processors. The following is a list of models available in the 1st wave ready for the new generation of chips. Overall, these servers offer a commanding leadership position in per core performance and best TCO across workloads.